In 1889, the Eiffel Tower opened in Paris, the first Kodak camera went on sale, Thomas Edison showed his first motion picture, and Mecco Marking and Traceability was founded. Fast forward 125 years, and all four remain lasting industrial icons who have made innovative impacts on their respective fields. 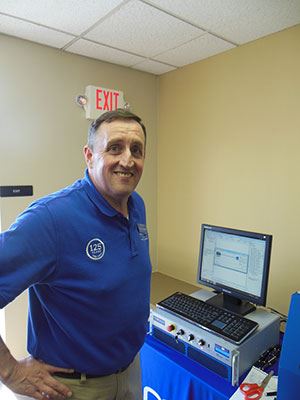 Mecco Marking originally opened on Carson Street in Pittsburgh’s South Side as the M.E. Cunningham Co., making hand stamps to pound serial numbers into the steel produced at many of the city’s mills. In 1924, the Speicher family purchased the company, growing its offerings to include dot peen, an imprinting technique that uses a series of dots to mark an object. A fire in 1936 forced Mecco to move operations to Franklin Park, where the company stayed for nearly 70 years. The Speichers sold the business to a group of investors in 2002, which then expanded the company into laser marking. Mecco moved to its current location in the Cranberry Corporate Center on Executive Drive in 2007 for better highway access and greater proximity to other businesses. 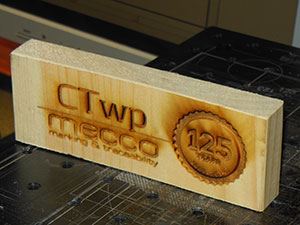 Mecco is the exclusive distributor for Couth dot peen, vibra peen and scriber marking systems in USA and Canada. The company’s MC2000 line of dot peen markers is widely recognized for its simplicity of use, high-speed markings, and deep engraving capabilities, earning it the reputation as the highest quality marking equipment available across the globe. Mecco’s efforts in the traceability market have also placed it in good company. According to Dan Prokop, Mecco’s marketing manager, companies like Ford trace bar codes onto each part as it is created. The part is scanned at every stop along the auto company’s famous assembly line and then linked to the finished car’s Vehicle Identification Number. If there is a recall, manufacturers are able to quickly determine which cars have the flawed part and reach out to those vehicle owners specifically. The company credits suppliers for Gillette, Westinghouse, John Deere, Caterpillar, Honda and General Motors as using their services.

Of course, turning 125 calls for a special celebration. Mecco hosted an open house on May 22 to commemorate the milestone. Visitors were offered tours of the facility, marking demonstrations, information on the company’s history, and party favors, personalized right before their eyes. The company continues to grow, praising its employees and innovation for its success. Congratulations, Mecco!
Twp  Home
Government Websites by CivicPlus®
SERVICES
PUBLIC SAFETY
PARKS & REC
GOLF COURSE
LIBRARY
BUSINESS
[]