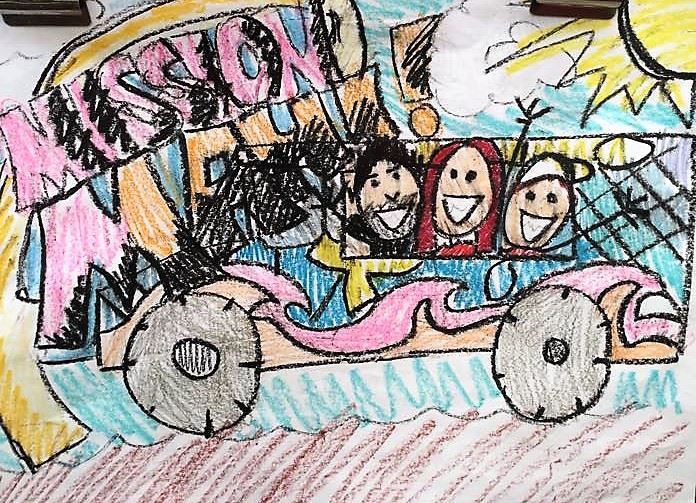 Mahi-mahi is the Hawaiian name for the popular seafood that mainlanders used to call dolphinfish, even though the colorful, semi-tropical game fish has no genetic relation to the aquatic mammal from which it takes its name.  Mahi-mahi, in Hawaiian dialect, means “very strong.”  The fish is a staple of food services worldwide.

Mission, on the other hand, is a reference both to a higher calling and a to spiritual outpost.  For Woods, Mission Mahi is both.  It is, in addition to becoming an increasingly popular specialty restaurant, a form of personal therapy, both for himself and for other recovering addicts.

A 1984 graduate of Shaler High School, Woods had spent much of his adult life struggling with addictions to alcohol and prescription pain killers.  He had, during much of that time, owned several other businesses, including a bar in Lawrenceville.  But by 2012, following multiple hospitalizations, he had reached the end of his rope.  One weekday in early 2013, he wandered into Allison Park’s evangelical Presbyterian Memorial Park Church to seek solace and ask God’s forgiveness.  But as soon as he left the church, he was hit by a car, resulting in major injuries – injuries which ultimately aggravated his already arduous struggle with pills.

A court-imposed rehabilitation sentence followed, during which he experienced a major epiphany: it was that God had given him this rocky journey to help others.  And for Woods, that meant creating a support system to help other recovering addicts.  Mission Mahi was the fruit of that epiphany.  It is staffed by recovering addicts and decorated with their artwork, along with verses of scripture.

The restaurant, at 8034 Rowan Road, is open from 11:00 AM to 8:00 PM every day but Sunday.  Its signature fish tacos – the restaurant’s most expensive items – are just $12.  Everything is available for order online.  Its free-spirited food truck locations, with a somewhat scaled-back menu, tend to follow major public events.