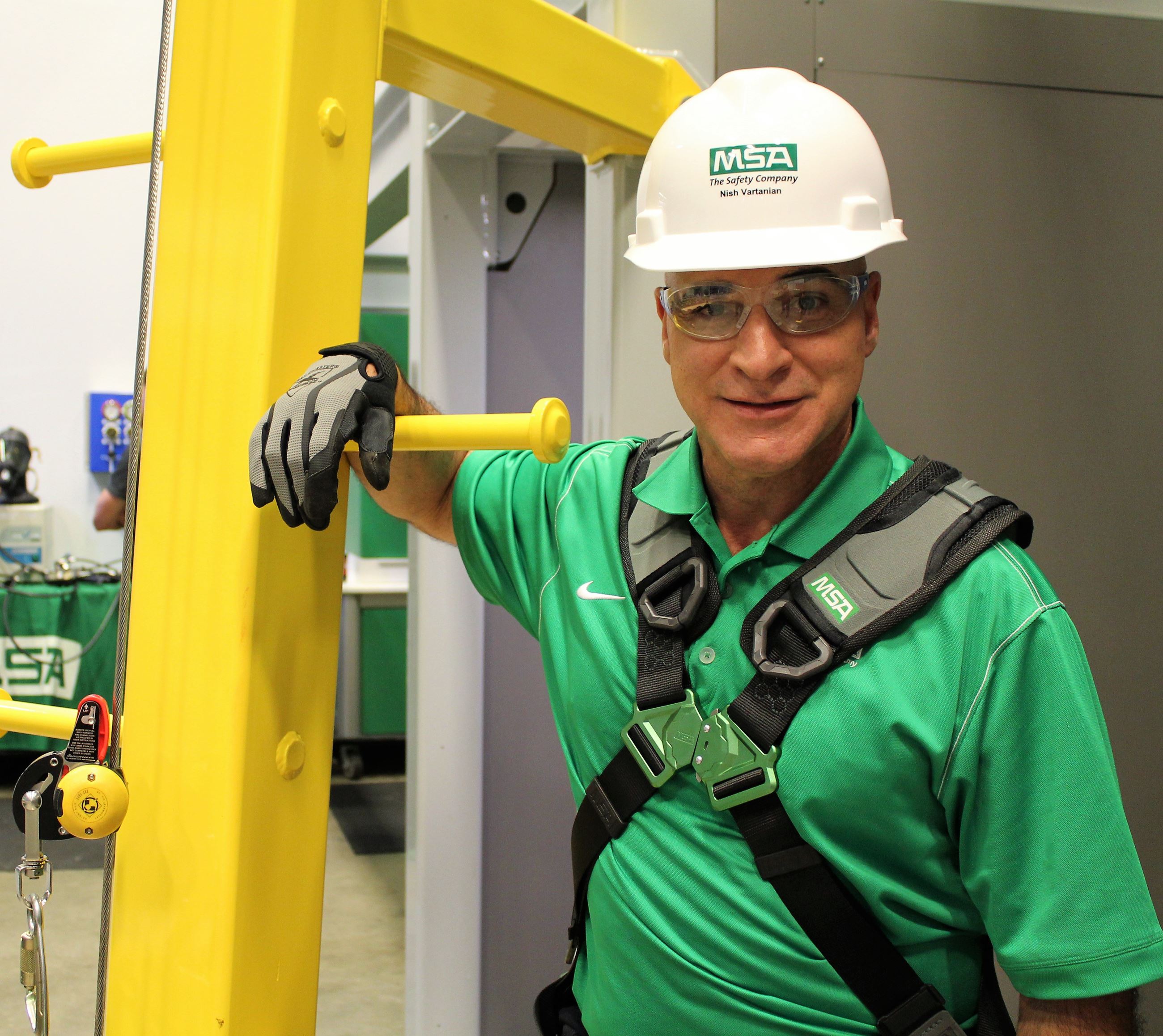 Back in the mid-‘80s, Cranberry Woods-based MSA rolled out a revolutionary brimless style Brigade Firefighter’s Helmet at the fire service trade show in St. Louis, one of the industry’s largest.  But its reception, to say the least, was tepid.  After all, despite its advanced features, it looked nothing like the broad brim helmets which American firefighters had worn for generations; and breaking with tradition was not something that U.S. firefighters were ready to do.  That was then.

Now things have changed, and so have helmets.  This year, the company once again introduced a new concept in firefighter head protection – new at least to the North American market.  The design, which has been widely adopted in Europe, Latin America and other parts of the world, resembles a fighter pilot’s helmet and incorporates an integral face shield, microphone, lights, ear protection and more.  And this time, its reception by U.S. firefighters has been much more enthusiastic.

“There’s been a change in the fire service,” MSA President and CEO Nish Vartanian explained.  “The traditional-style helmet goes back over 100 years.  But now a lot of baby boomers are retiring and the millennials coming in are really focused on health and safety.  It’s an emotional issue for firefighters, but we’ve had over 100 fire departments telling us that they wanted to do an evaluation of the new helmet.  We were hoping to get maybe 100 beta testers; we got over 200.”

That’s not the only thing that’s changed during the past few years.  In 2014 – the company’s centennial year – it changed its name from Mine Safety Appliances to MSA Safety, an acknowledgement that protecting miners – the heart of the company’s original business – today represents only about five percent of its business worldwide, and even less at home.

Instead, through research, acquisitions and organic growth, the company has expanded its product portfolio to include equipment protecting workers doing all sorts of high-risk assignments – workers whose jobs involve exposure to hazardous conditions in industrial operations including factories, oil and gas production, utility services, firefighting and construction.  In addition, the company has moved beyond personal safety gear into asset protection where its sensors are installed to monitor industrial sites 24/7 for gas leaks, flames, carbon monoxide and other hazards that could damage the facility.

But the company is also selective about its markets.  Consumer products, like safety equipment for the do-it-yourself handyman and sports enthusiast, are not attractive to the company.  Neither is combat protective equipment for police or armed forces.  Even so, the company does supply its multi-purpose breathing apparatus to military customers worldwide, including the Navy of Thailand, whose televised rescue of young soccer players this past summer prominently displayed MSA breathing equipment.

“Our strategy is focusing on select product areas where we have market-leading technology – product areas that allow us to be a leader in the segments we serve,” Vartainan said.  Market segments in which the company is either number one or two currently include breathing apparatus, fire helmets, hardhats, portable and fixed gas detectors, and firefighter turnout gear.

What’s next for the company, with a current market value of nearly $4 billion and 4,800 employees worldwide?  “One of the emerging areas is Internet of Things,” he said.  “We’re able to remotely monitor a personal gas detection device from a computer in a distant office.  Having centralized control is important to our customers.  We see that as an opportunity going forward: tying things together using the Internet to centralize information about what the worker is seeing.”

Although MSA does business in 120 countries around the world, Cranberry Township is its home.  “Community is important to us,” he continued.  “MSA has been part of Western Pennsylvania since 1914.  Our representation here and what we do in the community and with local nonprofits is really important.  A lot of our employees live right here in this area.  We’re part of Cranberry Township’s fabric.”