On a recent snowy afternoon, Jack Welsh, ax in-hand, stepped out onto the concrete pad.

He raised the foot-long hatchet above his head and tossed it with precision toward the center of a wooden target. It planted with a thud inside the center of a red circle.

Much the same, Welsh, along with his business partners Corey Deasy and Matt Peyton, are hoping their ax-throwing entertainment venture Lumberjaxes will hit the bullseye with Cranberry Township residents. Their large industrial space inside the Cranberry Mall opened for business Nov. 1, and has been hitting the mark thus far.

“We’ve been getting super good feedback from the community,” Welsh said. 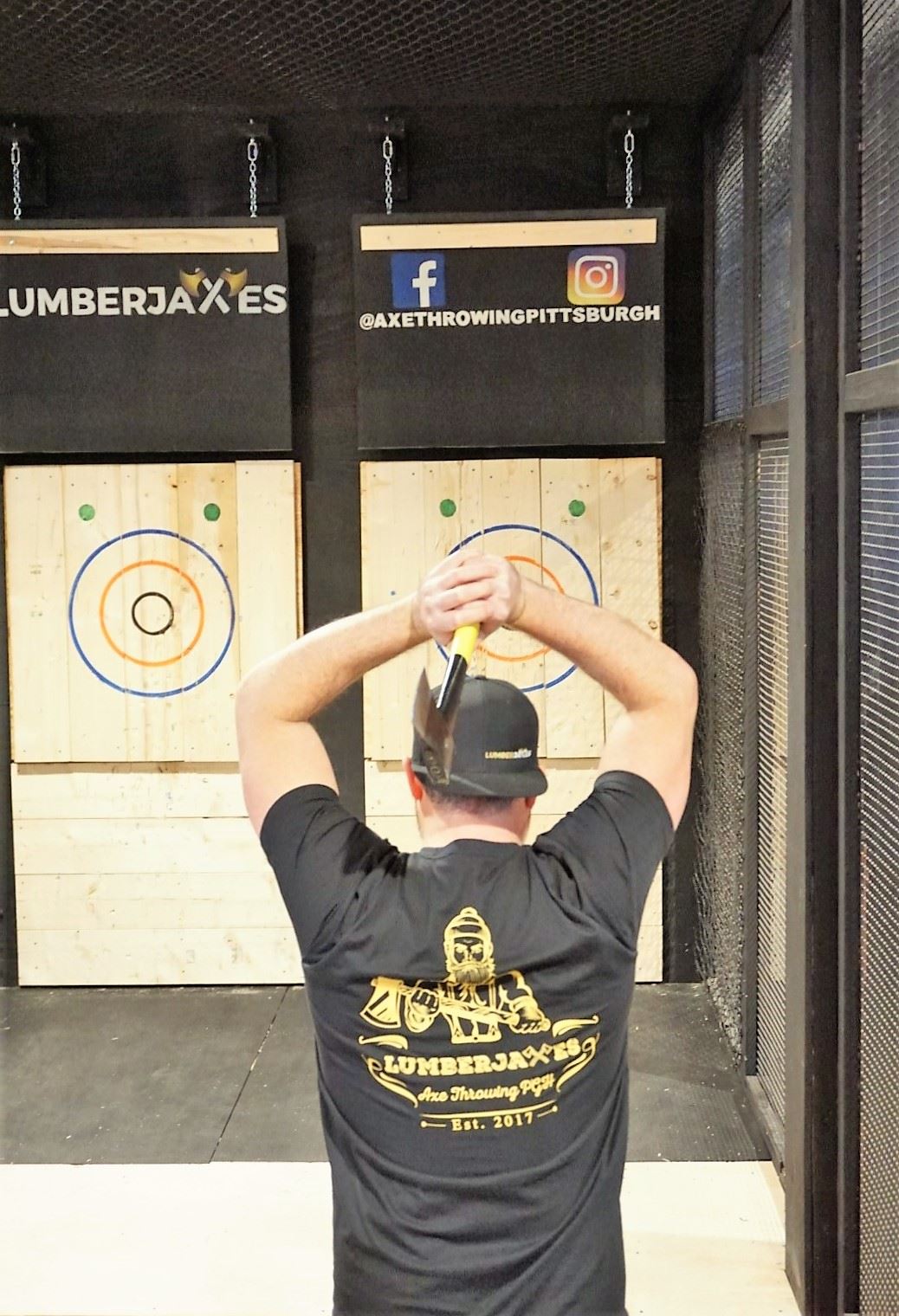 The trio of childhood friends were first introduced to ax throwing in 2016 while visiting Philadelphia. Obscure entertainment ventures were nothing new to Deasy, who opened the Pittsburgh region’s first escape room in the group’s native Greenfield.

By 2017, they had opened the first LumberjAxes location in Millvale to many accolades. A similar venture in Mt. Lebanon followed, with Cranberry Township and Monroeville locations opening in 2019. Two locations have also popped up in Arizona.

“It just took off,” Welsh said.

The concept is simple: a group of people get together to challenge each other in three rounds of ax-throwing battle. A minimum group of six players square off in a variety of games after being taught the basics by one of the facility’s coaches.

Welsh stressed no prior experience is necessary.

“We can teach anyone to throw an ax,” he said. “Depending on where your axes hit, (coaches) can tell where you’re making mistakes and they adjust you and get you on the right track.”

LumberjAxes offers walk-in hours from 5-9 p.m. Monday through Friday and noon to 7 p.m. Sunday. There are no walk-in hours on Saturday, though the location is open seven days a week, with times open for groups to schedule space in advance, and play in tournaments against one another over a two-hour span. An ultimate grand champion is crowned.

The competitive atmosphere is also a fun one, with music blasting on the sound system and a large mural depicting wings made of axes adorning a wall, prompting visitors to take their photo and share on social media.

Food is available by delivery from Monte Cello’s and neighboring Rajbhog Café. The venue is BYOB beer and wine, with a bar planned in the future.

Welsh said leagues are expected to begin forming in early 2020, and have been successful at other locations. It all adds up for an afternoon or evening of the type of competitive fun the group has seen take off in recent years.

“It’s all about the experience,” Deasy said.